SPRINGFIELD - Mark Denzler, vice president and COO of the Illinois Manufacturers' Association (IMA), has released the following statement in response to Governor Quinn's "emergency rules" on the storage and handling of petroleum coke in Illinois:

"The IMA is disappointed that the Governor's office and Illinois EPA announced burdensome new regulations after one isolated incident without speaking to industry representatives. According to the United States Environmental Protection Agency, petroleum coke is not classified as a hazardous material. Petroleum coke is a feedstock that is used in more than 2,500 applications including cement, steel, paper, brick, glass and other products. Imposing a one-size-fits all rule that requires total enclosure will result in a de factor moratorium and the loss of hundreds of jobs in Illinois."
Posted by Illinois Channel at 3:46 PM No comments: 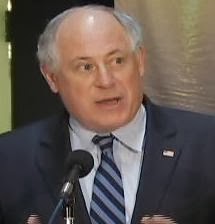 Rules Will Require Total Enclosure of Petcoke Piles and Other Environmental Protections
CHICAGO – Governor Pat Quinn today announced emergency administrative rules designed to protect Illinois residents from petroleum coke (petcoke). Under the Governor’s order, the rules will be filed later this week as part of his agenda to protect Illinois’ natural resources and ensure a clean and healthy environment for future generations.
“No one should have to eat, sleep or work with harmful dust blowing into their community,” Governor Quinn said. “No matter who you are or where you live, everyone has a right to a healthy environment. These rules will make sure that no one in Illinois has to worry about petroleum coke.”
Through its authority under the Illinois Environmental Protection Act, the Illinois Environmental Protection Agency (IEPA) will submit administrative rules to the Illinois Pollution Control Board (IPCB) that would set statewide standards for any facility that manages or stores petcoke or related materials. Chief among these will be a requirement for total enclosure of petcoke during its transport, processing and storage.
The IEPA has been working with federal, state and local officials since being approached by community residents with concerns about petcoke dust blowing into their homes causing discomfort and potentially serious health issues. The IEPA has referred numerous allegations of state environmental regulation violations to Attorney General Lisa Madigan. The Attorney General, in cooperation with the city of Chicago, has filed lawsuits against two petcoke companies. The IEPA has halted permit activity for petcoke operations pending a review of their impacts on air, land and water.
“At Governor Quinn’s direction, we will continue to do everything necessary to ensure that Illinois does not become a dumping ground for petroleum coke,” IEPA Director Lisa Bonnett said. “After seeing the piles firsthand and how they are affecting this community, it’s clear that strong action is necessary. We are committed to continuing the cooperative efforts at the federal, state and local level to address this issue.”
The rules will take effect on an emergency basis upon filing with the Secretary of State later this week. This action triggers a series of actions to be taken by the IPCB, which include a required three-step notice process that incorporates public testimony and hearings as well as legal and economic impacts before official and permanent adoption. Major timelines and provisions that would be effective upon official adoption include:
·         Within five days, a facility must install equipment to monitor wind speed.
·         Within 30 days, a facility must install dust suppression systems along conveyor systems and any piles that are not totally enclosed.
·         Within 30 days, a facility must submit applications for necessary permits and a comprehensive wastewater and stormwater runoff plan to IEPA that ensures that runoff that has come into contact with the piles is prevented from entering the waters of the state and complete it within 60 days of approval.
·         Within 45 days, a facility must submit a plan to IEPA for total enclosure of all coke and coal piles, transfer points, loading and unloading areas, screening areas, crushing and sizing areas to be completed within two years of these rules being adopted. Enclosure structures must be equipped with air pollution systems at all vents and entrances and exits for material and vehicles as well as an impermeable base to guard against ground seepage.
·         Within 45 days, a facility must submit a plan to IEPA to minimize the impact of truck traffic on residential areas near the source. All petcoke loading and transport must be done in vehicles sufficiently covered to guard against fugitive dust emissions.
·         With 45 days, a facility must submit a plan to IEPA for coke and coal fugitive dust that must adhere to requirements in the Illinois Environmental Protection Act and must be updated at least semi-annually or within 30 days of a major equipment or control change.
·         Within 60 days, a facility must remove all petcoke and coal that has been at the source for more than one year.
·         Within 60 days, a facility must locate any piles, loading operations, transfer or emission points that are not totally enclosed to at least 200 feet inside the property line of the source, a minimum of 200 feet from all waters of the United States, all public water supply reservoirs and intakes and all potable wells and onto impenetrable bases or pads.
·         Within 60 days, no pile may exceed 30 feet in height. Visible height markers must also be installed.
·         A least once per calendar week, a facility must measure moisture content of representative samples and adjust dust suppression measures so as to meet certain standards and inspect all dust suppression equipment so as to ensure adequate operations.
·         At least monthly, a facility must certify the operation of all dust suppression systems at all times during the processing of coal and coke and submit records to IEPA showing the types and quantities of materials delivered to and transported from the source, and data reflecting cleaning, street-sweeping and equipment maintenance frequency.
###

Posted by Illinois Channel at 1:57 PM No comments: